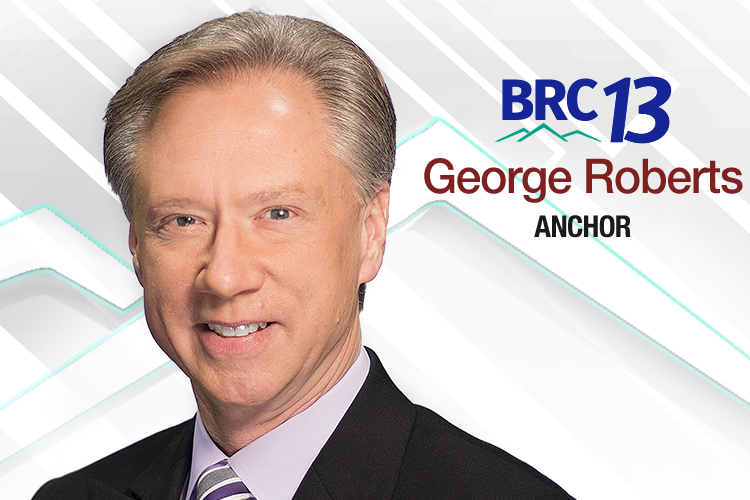 With more than three decades in the broadcasting field, George Roberts has worked in both radio and TV, reporting in the field and at the news desk, as well as conducting entertainment interviews and producing live programming.

As Senior News Anchor and Night Report Producer, he’s produced and anchored newscasts when Pike County cop killer Eric Frein was captured, when a gunman opened fire at a Ross Township municipal meeting killing 3 people and when former State Senator Robert Mellow broke his silence over how he spent 16 months in federal prison and solitary confinement for conspiracy to commit mail fraud.

George has been instrumental in re-shaping the look and content of the News 13 Night Report. He has worked with the technical staff to find ways to give viewers more information in less time and more new local stories than what was seen on the earlier newscasts.

Early in his career, George worked as an announcer at several Pennsylvania radio stations including WLEV in the Lehigh Valley, WDNH in Honesdale and WPCN in Mount Pocono. He has been a news anchor at BRC-TV 13 since 1988, working both the Pocono Report at 5 & 6 PM, the Valley Report at 5:30 & 6:30 PM, along with the Night Report at 10 & 11 PM. He is also the Night Report Producer.

George’s interest in news began when he would visit WCAU-TV in Philadelphia where his father worked in the news film department. He met such Philly greats as anchorman John Facenda, sportscaster Tom Brookshire and weatherman Herb Clarke.

His degree in communications from the University of Scranton would lead to his first job in radio in the Poconos where he had an opportunity to interview such stars as Edie Adams, Bonnie Franklin, Mackenzie Phillips, Eddie Rabbit, Tony Orlando, Montgomery Gentry, Rich Little and Jay Leno. He was named the Poconos Favorite Disc Jockey in 1984 by PM Magazine.

When he’s not anchoring, George sits on the board of the Greater Pocono Chamber of Commerce. His hobbies include cooking, playing guitar and technology. George is married and has two sons. He is looking forward to continuing creating and hosting videos and programs for TV and the internet.